There Will Be No Intermission 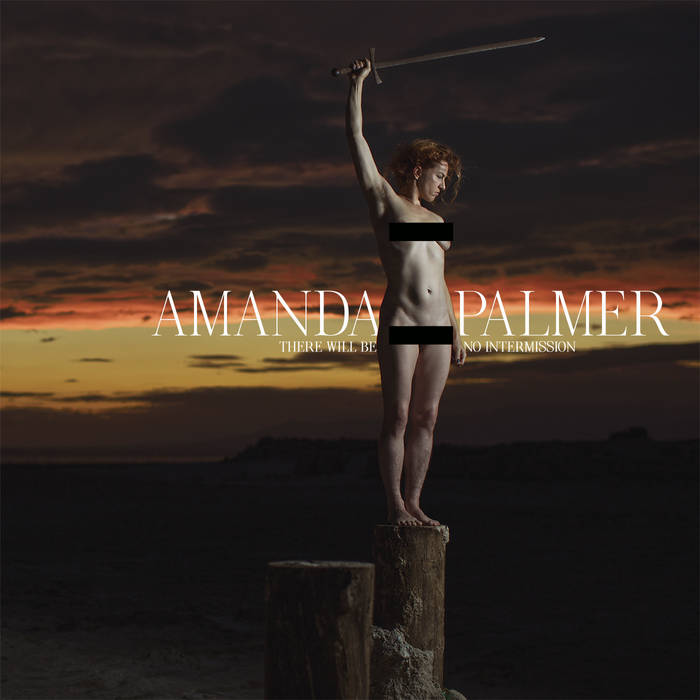 quantum cookiejar No better album to help with a terrible case of the past.
Favorite track: Machete.

irimi1 not the music i usually listen to, but damn that touched me :') Favorite track: A Mother's Confession.

azzabaijan Heart breaking and life affirming. Amanda's melodies are like no one else, screeching in your face one moment, whispering in your ear the next. It's almost as if she knows the world and it's wicked and wonderful ways better than you ever could or will. Simply brilliant. Pure genius. I will die happy knowing that I had this album in my life. Favorite track: The Ride.
more...

please note:
bandcamp did not demand, like other services (*cough* itunes *cough*), that we censor the cover artwork here. but people were trying to share this bandcamp link on facebook, etc, and their posts were getting flagged and/or deleted, so we threw up the censored artwork.

to learn more about this making of this record, go here:
www.patreon.com/posts/there-will-be-no-25219616 and go to www.AMANDAPALMER.net NOW to learn everything about the ALBUM, the ARTBOOK and the global song & storytelling tour.


this album, and all of the art i've been making over the last four years was funded by my patrons on patreon. people there support me, my staff, and my collaborators so we can draw a sustainable salary to MAKE ALL THE THINGS. come join to help me make MORE THINGS and get special merch, tour pre-sales, and all album news first for as little as $1/month. patreon.com/amandapalmer

there will be no intermission was produced, mixed and engineered by john congleton
studio assistant: tyler karmen

all inter-song instrumentals were arranged and mixed by jherek bischoff


the original “machete” string players, sampled for this version of the song:

album artwork designed by: andrew nelson at down in the valley creative

thank you to my husband, neil gaiman, and to my son, ash-for-short david karl gaiman. i love you both so much.

special thanks to ben folds for the songwriting help on “drowning in the sound”, to my patrons for the lyric help on “drowning in the sound” & “the ride”, and to dillie keane for letting me cover her song. thank you to marco benevento for letting me borrow his studio for “the ride” songwriting session. and a huge thank you to all the engineers and musicians - all over the world - who hosted and worked on the extensive collection of recording demos for this record.

thanks to martin & everyone at cooking vinyl.

a massive, heartfelt thank you to the extended members of team AFP, all of whom worked with me over the course of the last seven years:

you can always find me on the internet: @amandapalmer and at amandapalmer.net or just google, it’s 2019.

i love you all. we’re gonna be okay.