Strung Out In Heaven: A Bowie String Quartet Tribute

by Jherek Bischoff and Amanda Palmer 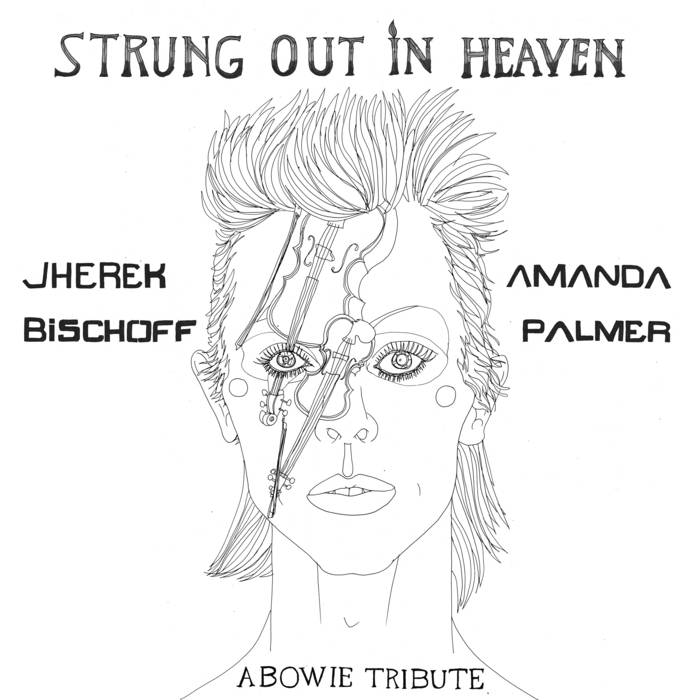 Nine Lines of Crime It feels like home... a fitting tribute to our starman. Thank you for this. Favorite track: Blackstar (Featuring Anna Calvi).

jb63 This is my favorite thing to listen to when I'm working. It fits inside almost every playlist somewhere. Favorite track: Blackstar (Featuring Anna Calvi).
more...

This entire project was financed by the supporters at patreon.com/amandapalmer. The minimum price here is $1 - $.54 of which will go to Bowie's publisher for the use of the songs. The remaining proceeds from the first month of sales (until August 15th) will go to the cancer research wing of Tufts Medical Center, in memory of David Bowie.

If you want to support THE MAKING OF MORE MUSIC, join the patreon at www.patreon.com/amandapalmer?ty=c

I recorded vocals in Santa Fe, NM, at The Kitchen Sink, engineered by Jono Manson. Jono added the acoustic guitar on "Space Oddity".

John Cameron Mitchell sang his back-ups in his apartment in New York into his iPhone.

Jherek mixed and mastered the entire record at home in LA.